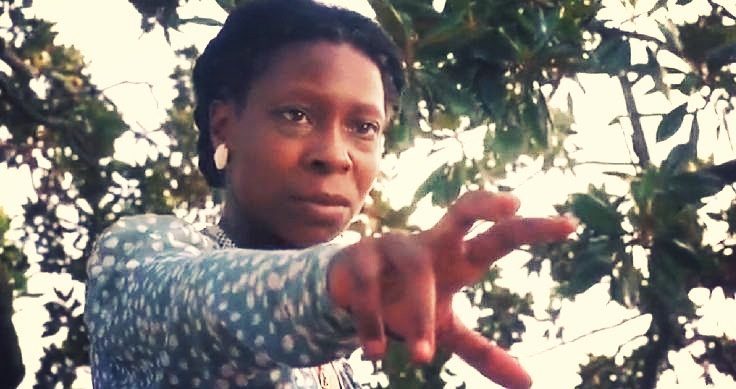 The Color Purple is my favorite movie of all time. There are so many scenes that resonate with me, but the one that touches me the most was the Easter dinner scene when Celie gave Mister more than just a piece of her mind! Whew! Sends chills down my spine. Finding all those letters and realizing that not only is her sister alive but her children are with her sister lit a fire in her heart. Ahh, just thinking of it makes me smile. All those years of experiencing the deep and profound loss of all she loved, now gone! Hope and joy now creeping into every crevice where pain and heartache once was.

“Something that is loved, is never lost”

“It’s not the load that breaks you down, it’s the way you carry it”

What she did was a spell called “Return to Sender”. She also hastened the karma that was already coming his way. Mister thought he was invincible. He thought he could do whatever to Celie with ZERO consequences. If you’ve seen the movie, you know Mister’s life quickly fell apart. Until he went and made it possible for her sister and children to return, he would continue to suffer. (“Until you do right by me, everything you even think about gon fail”).

Y’all better watch who ya knowingly mistreat, lie on, manipulate, sabotage, plot on, and disparage. You must watch who you bring hurt and harm to. Because the person on the other end might throw a Miss Celie root on ya and reverse and return that same energy you’re sending out right back to you. See, the irony is, the jail you planned for others will become your home. It’s not even a form of revenge. Because it’s your OWN energy (everything you done to me, already done to you) coming right back to you.  Miss Celie not only took her power back, but she returned to Mister the hatred, resentment, and envy he directed toward her back to him. We all have the power to do the same. As a traditional Hoodoo Root worker, return to sender is a staple ritual for me. At least once a month I gather all the negative energy, resentment, jealousy, envy, and hate sent to me by others and I return it right back to its sender. So generous right? Most times, Spirit will reveal who these people are to me. And I just shake my head, almost in pity for them. Please don’t bring no clouds round my way, because I will make it rain.