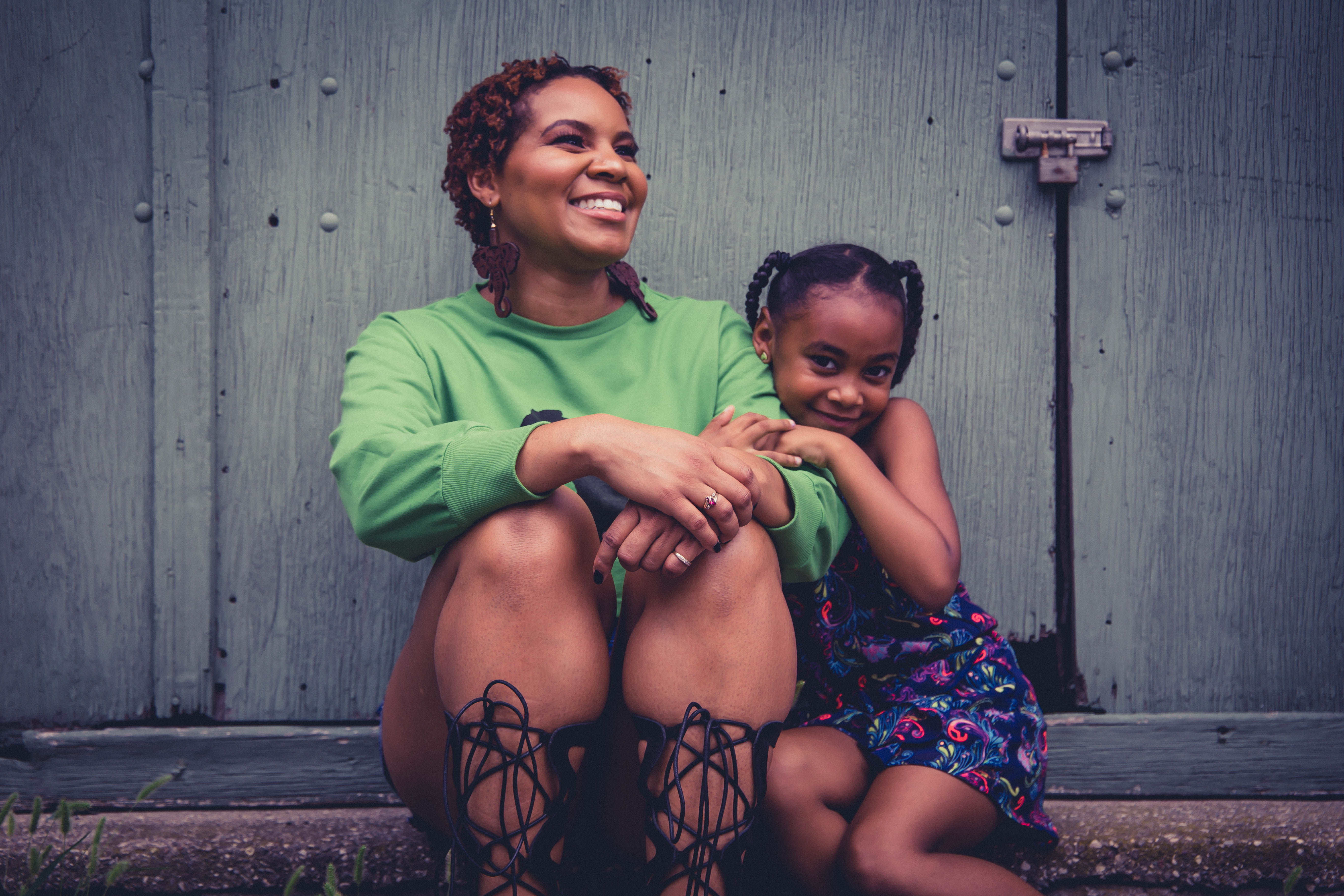 “Shame dies when stories are told in safe places”

Yesterday morning while I was cleaning the juicer I started screaming and hollering. The screams and hollers bellowed from my belly. My heart felt so heavy and I had to get it out. There were three huge, long hollers. My stomach hurt . The same hurt you feel in your stomach after you throw up when you’re really sick. But afterward I felt like I could breath. I felt some of the life force coming back to me.

The irony is that I had just done an ancestral reading where I conveyed to the client the need to let go. The need to release some of the things they had been holding onto. That just as if we don’t release our physical waste (poop), the toxins start to recirculate in our system, causing dis-ease. Our emotional waste (anger, shame, guilt, bitterness, resentment) will do the same, recirculate in our systems and cause emotional and spiritual dis-ease.

I’m one of those people who gives the best advice but also struggles to take her own advice. I can lift up, motivate, inspire, and encourage so many, but will often neglect to do the same for myself.

I’m at a crossroads in my life. A weird space where I’m no longer who I was, but not yet who I’m going to be. The in between, in process, still loading phase. The question is, what’s next? And it all depends on my next few moves. When the pandemic started I took a long break from social media and the world. You can read about it here. I came back to social media and the world like “yes, let’s get it”. I was getting it for a moment but still with a heaviness and burden.

When I turned 35 last year I went to sleep asking to receive a message from my ancestors about what’s next. Dreams are powerful that way. You can receive and download so much information while you sleep. That night I dreamed I was looking for my favorite pair of shoes. I kept asking everyone in the house if they’d seen them. They said they hadn’t. They were nowhere to be found. I gave up after awhile but then I opened the closet door and there they were. My favorite pair of shoes. Black, old, worn, tattered and honestly pretty ugly. I was so happy I’d found my favorite shoes!

Now time for a little dream interpretation. We put on our shoes to go places. These shoes had taken me many places and have walked a lot of miles in some not so nice places. Those shoes and I have been through some things and it shows. That is why they were so worn and tattered. And I had lost them. The message of the dream was I had lost that which I needed to take me where I must go. Those tattered shoes were the real me. I had lost myself. Most people want new, shiny, and designer shoes. To be noticed and make a statement. Look at me, I make good money, I’m stylish, I’m fabulous. My shoes aren’t shiny, new, or aesthetically fabulous. Neither is my life.

I have some stones in my pocket, secrets in my heart, and some skeletons in my closet. They’ve burdened me. Weighed me down. At this crossroads in my life, this in-between phase, it’s time to lay my burdens down. For good. Some of my closest friends and family know these things about me, they’ve been there to help me pick up the pieces, but I’ve never spoken about them publicly. My blog has been a place of transparency and authenticity as I’ve shared many personal stories of tragedy and triumph, but there’s still more that needs to be revealed.

“The journey of descent consists of encountering your shadow many, many times. Emotions as intense as shame and guilt give themselves up only a bit at a time-and you wouldn’t want more”

Honestly, there are many things I’m ashamed of. I sometimes wish they weren’t apart of my story. I wonder if I would be better or if my life would look different without these experiences. Alas, I must fully own ALL of my story. Every part, even the ones with shame. The definition of shame is:
a painful feeling of humiliation or distress caused by the consciousness of wrong or foolish behavior. Sometimes this behavior is our own. Sometimes it’s the behavior of others. But Shame along with guilt are some of the heaviest weights I’ve carried. Since I’ve decided to walk in my old shoes, I realized that shame and guilt don’t match with my shoes. In fact, it’s outright tacky. So I’m no longer wearing them. These are my skeletons that carry so much shame. Someone very close to me calls them rocks or stones in our pockets.

In 2006, I had an abortion. When I was 18, my very first boyfriend and the man who took my virginity was 33. He told me he was 28. We were together 4 years. I was young, naïve, and very impressionable. He was emotionally and sometimes physically abusive. And I was madly in love with him. When I got pregnant, he told me that no child deserved a mother like me. He also had another woman pregnant at the time. I made the tough decision to have an abortion. Had that not happened, I’d be mother to a 14 year old.

In 2011 I had my daughter. I met her father at the gym. He kept trying to talk to me for weeks and I finally gave in and we developed a relationship. I later found out that not only was he married but an alcoholic and addicted to weed and cocaine. He was controlling, emotionally, physically, and sexually abusive (he raped me multiple times). One morning he came over drunk, upset that I was going to travel for work. I yelled at him and told him that I have to travel. I have to work. We fought from the living to the dining room where a knife was laying on the table. He took that knife and held it to my throat and said he’d kill me and walk out the door like nothing ever happened. My daughter was right there. Crying. In my head I said, “Jesus”. He dropped the knife, backed into the corner, and started to cry and apologize, asking me please don’t call the police. I said if he left, I wouldn’t. He left. I didn’t. And we didn’t see him for 3 years after that.

I spent most of my adult life in abusive relationships with men. I can’t count how many times I’ve been called a hoe or a bitch. How much I heard how no one wanted me and how worthless I was. How many times I’ve been held down, panties ripped off, forced to do things I didn’t want to do. I attracted alcoholics, drug addicts, and womanizers. My childhood abuse at the hands of a man my family trusted for 7 years set me up to live the rest of my life being used and abused. And that’s what happened mostly. But then I decided to make a change. And I did! And I had relationships with men who were kind and never so much as even yelled at me for anything. They were supportive and helped me grow.

In 2017 I met the man I thought I would marry. This man loved me. Said he knew me from a past life and he’d finally found me. Said he loved how radical I was and loved my organic, natural beauty. He said he was going to marry me and asked if I would have his babies. I said yes. He was perfect. And I couldn’t believe my good fortune. Was my luck finally changing. I had manifested a whole new life…And then I got pregnant. Unplanned, but still a blessing right? Well not for a traditional Igbo man who still has to fulfill his familial obligations. Having a child out of wedlock is a HUGE no-no. And with a Black American woman? There was no way I was going to get rid of this baby. But he wasn’t ready. I wasn’t ready either but this was OUR baby. We loved each other. It was different. There was no decision to make because I had a miscarriage. I don’t know what’s worse; abortion or miscarriage. That experience stained the relationship. I blamed him, he blamed me. We limped along until I couldn’t any longer. My baby would have be 2 this year.

“He was part of your story but not your happily ever after”.

Instead of one child, I should have 3. The skeletons and shame of abortion, abuse, miscarriage, and failed relationships have burdened me for 14 years. The painful feelings of humiliation and distress have overwhelmed me and I’m tired. It’s too heavy. These stones in my pocket. The shame in my heart. The skeletons in my closet. I got these old shoes on and they trying to take me somwhere.

I wake up and I do what I must. I work. I care for my child. I fast. I pray. I workout. I write. I run my business. I smile. I laugh. I cry. I’m fighting for my life. I’m fighting to love and be loved. I often wonder is it supposed to be this hard. Is it this hard for everyone? Life is something, y’all. It really is. Because we get through it. Every single time. We live to fight another day.

“She has good days and some that are bad. Some feel like flying and others feel too much like dying, and none of that matters. Because every day, she is doing the best she can”

8 thoughts on “Shame, Shoes and Stones: The Skeletons in My Closet”