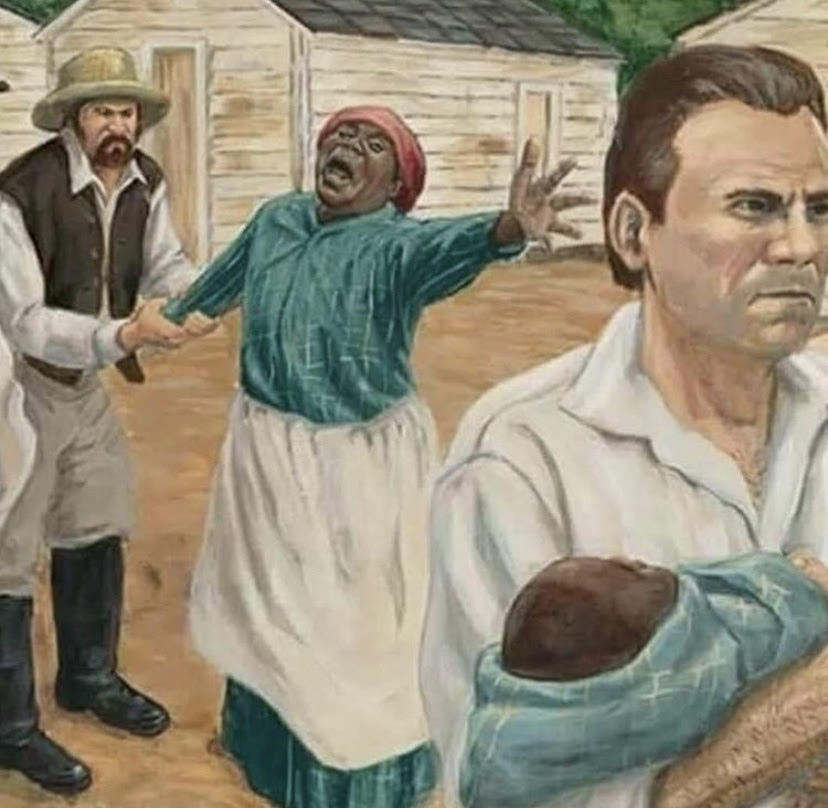 “A mother holds a knife by the blade”

I’ve been here many times before. I keep coming back because there is a lot of unfinished business. There is much karma to transcend and wrongs that must be made right. Some of them are mine, but most have nothing to do with me. Still, it is my duty to make them right. I owe it to myself, but more importantly, I owe it to them. My children. The precious souls that have chosen me as their mother. I often wonder why they chose me. Why choose a mother who is a slave. Why choose a mother who will give birth to more pain than joy. Despite my many flaws and no matter what oppression we were born into, whether it was the backwoods of Alabama or the low country region of the Geechee, whatever child I birthed, I loved to no end. I didn’t care who the father was either. Whether it was Massa’s or my husband. My child was MY child. My devotion to them is steadfast, and I will protect what is mine even if it cost me my life. And it has cost me my life before.  And I’d do it again. They know that. My children know my heart. And that’s why they was MINE. The only thing stronger than my love for my children was my hate for the massa. They say you ain’t supposed to hate, but most days my hate was the only thing that kept me alive.

I couldn’t love them with all of me; working them fields and then in the Massa’s house. But what was left, I gave it all to them. I can’t think of where else it could go. I loved my babies with all I had and all I didn’t have. How I did it, only God and my mama, and her mama, and all the mamas before them know. When a child is born, something is also born in the mama. I learned that with my first child. A girl. I couldn’t love nothing in the world more than her. I had her bout 4 years and then they sold her. She on that wagon screaming “Mama” and I bout lost it. Took 3 men to hold me down. I would have tore that wagon to pieces to get my baby. I never was the same after that. I had four more children after that. Two of them sold too. After my girl, they sold two of my boys. They tried to run. They was caught. I seen the fire in they spirit. I never would try to stop it. I was proud of em. They whipped em them sold them as punishment. Massa said didn’t make no sense to kill em, make some money off em instead. I wonder if they would still be here if I had taught them different. If I put the thoughts of freedom out they head. I can’t help but think it is my fault.

After they sold my three boys, all I had was my last one. A boy too. He was born a little sickly. I wasn’t as strong as I was. My body was, but my heart was so full of pain, I guess he carried that with him. He was never gonna be fit to work the fields and I couldn’t bear the thought of my last child being sold or killed by Massa. So I figure we try to run. I wasn’t able to save none of my children. But maybe this one I could save. My mind was made. Run. I had to be smart about it. Plan it really good and talk to the others about how to get to freedom. But before we could leave, my last child, died in my arms. Yellow fever they say.

Wasn’t nothing left to live for after that. Not even freedom. But I run anyway cause I can’t stay.  All my babies gone. Gone. Ain’t never gon see them again, cept in the land of the ancestors. After we all dead. So what is freedom here? I wonder bout my other children. How they faring in this world. Did I give em enough to carry them through this lifetime. I ran. Don’t know what I was running to or from. I just ran. It was bout a month before I was caught. Massa tied me to the post hisself. Gave me those fifty lashes with everyone watching. I didn’t cry or scream. Wasn’t no tears left in me. Make an example out of me they say. I would get the noose. I was worth more dead than alive.